Client Spotlight: Get Bats Out 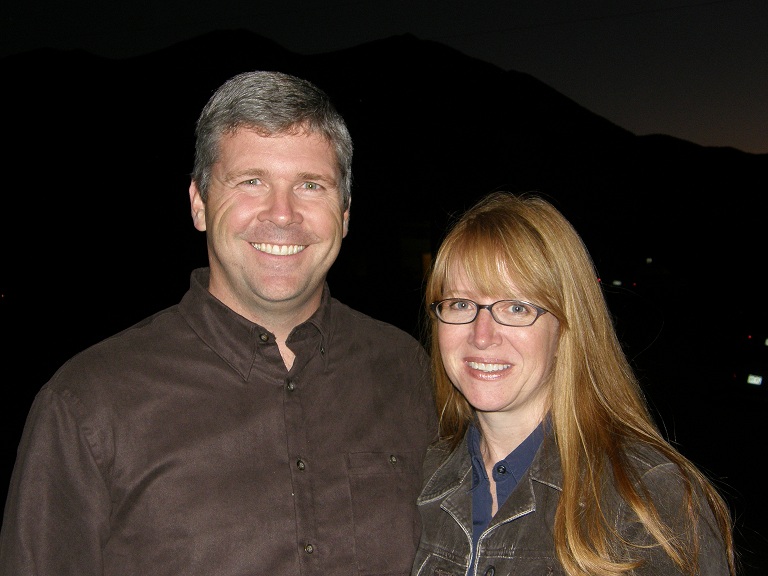 Most of us have only one response when encountering a bat in our home or business: panicked flailing. While Michael Koski of Get Bats Out admits to a little screaming when he first entered the bat removal business sixteen years ago, he’s grown to respect the flying mammals and their place in our world. “We found a nice niche where we can serve people, the bats and our ecological system.”

Michael talks about the many misconceptions surrounding bats and what not to do when faced with a bat problem.

How did you get started in the bat removal business?

About 16 years ago, my dad and I were working in an art gallery in Aspen, Colorado. We had bats in the gallery, and nobody knew how to get rid of them. We tried pest control companies and state agencies. We finally had to fly somebody in from another state who took care of it within 24 hours. My dad bought a franchise from him for the state of Colorado, and I went to work for my dad for the first ten years before going national myself.

What are some of the most common misconceptions about bats?

They all have rabies. In fact, it’s a little bit less than 1%. People are overly terrified of bats. Bats do bring some health problems and property damage, but it’s not like a fire; it’s more like a leaky roof.

Another misconception is that it can be treated inexpensively, like a bug or mouse problem. Ninety-five percent of my customers are surprised by how expensive it’s going to be. Instead of the $180 for the pest control guy, it’s $3000 to have some work done on the outside of your house. The only way to get rid of bats—by the way it’s not legal to kill them; they’re protected—is to completely seal up the outside of the house and install one-way doors. It’s a little bit dangerous. You’re working at the top of a 32-foot ladder and a hundred bats fly out in your face; you can fall.

People also think the scattered droppings are toxic, and they’re really not. They’re not any different from mouse droppings. Now when there’s there’s a pile of it, you don’t want to touch that. There’s a fungus that grows in there that can make you quite sick; some people die of it each year.

Okay, so if I had a bat somewhere in my house, what would I NOT want to do?

That’s actually a great public safety question. I have an article on my website, “If You Have a Bat in Your House Right Now.” First of all, you don’t want to touch it with your bare hands. And before you let it out, you want to make sure it wasn’t in a room with a sleeping person, a child, an intoxicated person or someone otherwise impaired. Sometimes people get bit and don’t know it. If that happens, the bat should be captured and tested for rabies. Otherwise you end up with post-exposure rabies shots which, this year, are running a little over $4000 per person. The state will test it for free. Animal Control will come pick it up, the health department will test it, and 99% of the time you don’t need shots. But if you let the bat go, you have a one in one hundred chance of dying, so you better get the shot.

You have a book out, The Homeowner’s Essential Guide to Bat Removal. Can you tell me a little bit about that?

My service is expensive. What I specialize in is more difficult problems: someone had tried and failed or there’s a thousand bats in the attic. A lot of people come to me who can’t afford my services or don’t have that serious of a problem. We wrote the guide to meet that market, to help do-it-yourself-type people stay safe and understand how to do it without going in there and killing the bat. It’s partly to help people who can’t afford my services and partly to make sure they stay safe. It’s also designed to help protect the bats. I’d like them to be humane and not just go in there and act with no knowledge.

Has this job changed your personal feelings towards bats?

Oh, absolutely. My first year or two, I was very scared of them. I jumped off a few ladders, screaming. Then, for a while, I was kind of indifferent about the bats. Now, I’m kind of fond of bats. They’re amazing creatures.

What is your favorite part about this job?

Every job is an adventure, and I enjoy the travel involved. And I’ve hand-picked old friends and colleagues from my whole life to work with. So I’m working with all my friends, basically.

It’s kind of fun being a hero too. You show up at a school, half the place is terrified. They’re worried they’re going to get shut down, the health department’s involved, and we come in with our black T-shirts and get rid of the problem. It feels like you’re doing a real service.

You’re doing a service not only for those people in the building, but to the bats as well.

Absolutely, yeah. There’s too many problems with bats and White Nose Syndrome anyways. So many bats have died from it in the last few years. They’re very important to our ecology. We found a nice niche where we can serve people, the bats, and our ecological system.

Can I make one more statement? This is something I occasionally run into in schools and commercial settings. People are often unaware of the liability and property damage they’re facing when they ignore a bat problem. If they just did a little Google search, they’ll find other commercial properties, homeowners and hospitals that had to face the problem after it got picked up by the media or the health department. In a commercial setting, people should be a little more proactive about solving the problem instead of minimizing the problem. It’s a serious matter.

Got bats? Check out Michael’s website for contact information and a wealth of helpful articles and resources.