Elizabeth Ricci is an immigration attorney in Tallahassee, Florida, and managing partner (with her husband, Neil Rambana) of the full-service, multi-lingual immigration law practice Rambana & Ricci, P.L.L.C. As a complex immigration firm, their work concentrates on immigration trial work, employment and family-based immigration. Here, Ricci shares what she loves about immigration law and explains what’s misguided about states’ attempts to reform immigration—cultural issues aside, it’s “a federal issue that cannot constitutionally be regulated by states”—and the damage that’s causing American business and families. 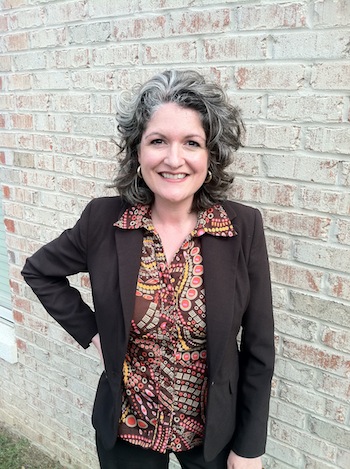 How did your educational background prepare you for immigration law?
I’ve worked and been exposed to immigration law since I was a teenager, having an immigration attorney in my family. I studied under renowned immigration lawyer and scholar Ira Kurzban—he was my professor in law school. As an International Business major, I worked at the U.S. Embassy’s Trade Center in Mexico City, followed by a stint in the Peace Corps in Guatemala.

What is it about immigration that fascinates you?
Doing immigration gives me an opportunity to use my Spanish-language skills and helping families and businesses who improve the economy, healthcare and the environment.

What obstacles do your clients face?
There’s a tremendous amount of bureaucracy within immigration, and we’ve got cultural issues: There are expectations and beliefs about what’s reasonable. A lot of people are taking advantage of immigrants.

The law is not in immigrants’ favor—or Americans’ favor—and right now, we’re in a holding pattern. The backlog [of legal cases] is incredible, so there’s a disincentive for people to legalize. And that hurts American businesses and families.

If the U.S. is in a holding pattern around immigration reform, where do you think we’ll land?
Something’s got to give. We’ve got 10-15 million people to deal with, so a mass exodus won’t do any good. I see something of significance coming up, but exactly what, no one knows.

What obstacles face employers in your service?
They are confused about I-9 compliance, whether they need to enroll in E-verify, how to recruit and retain foreign nationals. It’s also hard to find workers who will do the jobs employers need done. They can’t knowingly hire someone who’s illegal. And there aren’t enough visas to fill the open positions, almost forcing them to hire illegals. Adding more visas to the mix doesn’t hurt citizens—its helps citizens’ own businesses and the economy.

Why has immigration reform become so divisive?
The media portrays immigration in an unfair, untrue light that’s easy to believe when it’s plastered all over TV and newspapers. People don’t take into account, when considering a broken immigration system, the effects not only on the citizen but on an immigrant’s family, spouse, the community at large, on business. It’s easy to form an opinion about something you don’t understand.

How has the past decade affected immigration to the U.S.?
9/11 changed it significantly. That made it more security-based—and with good reason. But people ran with that to an extreme that didn’t help the United States.

The problem with immigration reform by states like Arizona, Georgia and Alabama is that immigration is a federal issue that cannot constitutionally be regulated by states. Although the federal government is not enforcing its own rules does not mean a state has the authority to do so. To demonstrate, Arizona, Georgia or Alabama are not forcing people to pay their federal tax. They would never do that. Why immigration? Because it’s an issue people don’t fully understand and an easy target.