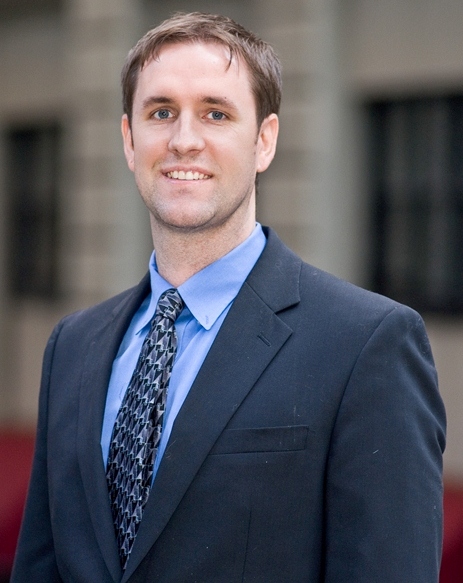 Jesse Rhinier, creator of PowerSplint, knows an athlete’s entire career can hinge on one tiny finger joint. Once dislocated, this vulnerable collection of bone and tissue weakens increasing the chances of future dislocations. Jesse has first-hand experience of this. A basketball fanatic, he had trouble protecting his fingers once one injury was followed by several more. “The most common method is called buddy taping. You tape a bad finger to the neighboring finger,” Jesse explains. “But that causes two problems. First, it inhibits the way you play sports. It’s really hard to dribble a basketball, throw a football, or set a volleyball with four fingers. Secondly, it’s just tape. If someone slams down hard on your finger, which happens in many sports, it’s not going to protect you that well.” A basic aluminum splint offers better protection but at the cost of flexibility, and even these can’t absorb hard hits without giving in.

After fruitless online and in-store searches for a better means of protection, Jesse decided to take matters into his own hands. One visit to an iron welder later, and he had a prototype: a small, curved piece of foam-padded iron taped to the top of his pinkie. Sure enough, it worked. His finger was securely protected, yet completely unrestricted. Watching a few episodes of ABC’s Shark Tank convinced him he had a marketable product literally on his hands and PowerSplint was born.

Today, Jesse’s sold a more sophisticated version of his finger guard to several hundred athletes worldwide in sports ranging from baseball to water polo and has yet to receive a single bad review. “The main challenge I face is people don’t know this product exists,” he says. “They’re doing the same thing I was doing, searching frantically for something to protect their finger. They know  mouth guard exists, they know a knee brace, ankle brace, and shoulder pads exist. They don’t know about a finger guard. That’s the challenge, introducing a completely new product to the entire globe, because there’s nothing globally like us.”

We have full confidence PowerSplint will soon be a household name in the sports world, not just for its unique ability to solve a real problem, but for the passion and drive Jesse brings to his business. “Sports has been a huge part of my life,” says Jesse . “My whole life, I’ve played baseball, soccer, basketball, tennis, so I don’t only look at this as only a business. It’s also a chance to give back to athletes, coaches, and trainers who have given so much to me over the years.”

Keep updated on their rise, including a newer model currently in the works, by liking their Facebook page!