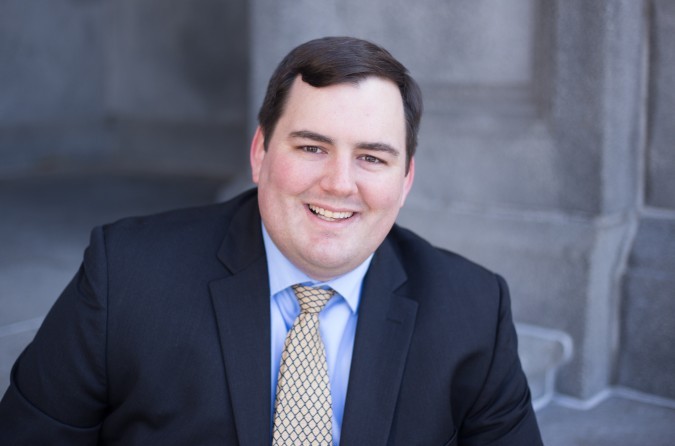 The Law Office of Jason R. Carpenter represents clients in the Central Pennsylvania counties around Harrisburg, including Dauphin, York, Lancaster, and Huntington. Attorney Carpenter considers his practice to what he calls a “Main Street” law office. While focused on mostly divorce, custody, and criminal matters, he always tells his clients to come to him first and “if I can’t do it, I know who can.” His aim is to become his client’s attorney for life—not just for one specific legal action.

After graduating from Widener University Delaware Law School, Jason decided to “hang out his shingle” and became a solo practitioner right after graduation. “I’ve always had an entrepreneurial spirit,” he says, and with a background of working for the Internal Revenue Service and the Pennsylvania Department of Revenue, he’s comfortable with the business side of running a law office. “I think I give better service to my clients if I can do it my way rather than follow the traditional law firm business model,” he says, “and most people agree.”

In the Client’s Corner

A big part of providing good legal representation, Attorney Carpenter says, is making clients feel better about their situation. “They know they’ve got someone in their corner,” he says. Although he lets his client know from the beginning that most criminal cases end in a plea deal instead of going to trial, Jason is never afraid to fight for his clients when it comes to advocacy in the courtroom. His mentality is that “when I put on the suit and tie, I feel like a Roman gladiator, or Iron Man getting ready for combat.” While never spoiling for a fight, this firm’s motto is “Every Client Matters,” which is sacred to him, and he focuses on easing his client’s worries as well as solving their legal issue. “I’m not the type of attorney to run up fees, roll the dice with your life, and then walk away saying ‘ho hum.’ I love to fight, but I won’t play with your life.”

When providing an initial consultation for a prospective client, Attorney Carpenter asks all his clients to imagine they are being dropped into a metaphorical jungle full of dangerous and hidden traps. He explains that when engaged in a legal action without representation if  “you move the  wrong way, you can step on a snake and get bit very easily,” or a potential client may “eat the wrong berry, you get poisoned.” He then reassures them that “I’ve been on this path.” With his representation, he can get them to safety.

If you ask Jason he will tell you his secret weapon in being a solo practitioner and successful is his hiring of AnswerConnect. Without his live answering service and his ever-so-helpful account manager Cindy Boggs, Attorney Carpenter freely admits that he would be inundated with calls, and it would be impossible for him to continue his vision of how to practice law. For instance, Jason explains, “if I’m in the courtroom, I don’t have to worry about losing potential client leads, not getting an important message from a judge’s chambers or missing that important meeting message.” Having a real person to answer his calls means his leads are preserved from just hours to days.

Once he started using the service, he says, “it was a blessing, and I found it pivotal to my business model. Now I don’t know if I could ever work at a high level without it. It’s a godsend for startups that provides near-instantaneous ROI on the very first day. When he feels like showing off to his fellow attorneys, he will call his main office line, have an AnswerConnect representative answer the phone, and see their amazement that he found a quality receptionist despite never have met him or her in person. If he wants to brag, he tells them how little he spends for the service.

With AnswerConnect by his side now, Attorney Carpenter explains that he feels confident he can expand his firm beyond handling divorces, DUIs, and probate matters into a where his true passion for legal justice lies—in helping our veterans. Moving forward, Attorney Carpenter plans to make representing military veterans with VA benefit legal issues eventually a cornerstone of his practice. Having been raised in an Army family himself, he believes it just feels right in taking cases of the people who have served our country. “When there is a dangerous fire or crisis, while most people run away, those who were hurt running towards the danger to protect you are the people I will always strive to help.”