A Spanish Answering Service is the Key to Future Success. 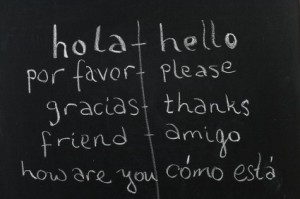 By 2050, a Spanish answering service will be less of a commodity and more of an absolute necessity.

The Hispanic community is the fastest growing minority group in the country, according to the U.S. Census, responsible for half of the nation’s population growth from 2000 to 2006 alone and currently making up 15% of the population.

When I was a child, I used to love listening to my mother’s telephone conversations with her sisters. Her rapid-fire Spanish sounded to my English-only ears like a bowl of pebbles falling into a quick-moving stream. Punctuated only by staccato bursts of laughter, I could never tell where one word ended and the other began.

In contrast, her phone conversations in English were slow and hesitant. She had taken great pains to assimilate and learn the language when she emigrated from Nicaragua at the age of twenty; those phone calls back home were the only time I heard her speak conversationally in her native language. However, her heavily accented English was forever getting in her way, especially over the phone, forcing her to enunciate carefully and spell out names and places.

Every once in awhile, she would get a salesperson or customer service agent who would automatically transition into Spanish as soon as they heard her accent. Relieved, she would make a notation of these companies in a little notebook kept on the kitchen counter and would always give these businesses preference when she needed help.

Right now, it’s smart business to ensure your answering service is equipped for the 1.5-in-10 callers speaking Spanish as their native language. Since the Hispanic population is projected to make up nearly a quarter of the U.S. population by mid-century, speaking Spanish won’t only be good business sense. It’ll be integral to financial success.